While black media is still buzzing and outraged over racial profiling in national department stores and the offensive use of black face for Halloween, recently NASCAR driver Darrell Wallace Jr. made significant history as the First African American to win a race in 50 years. He became the second black driver to win on NASCAR's national level. Wendell Scott first won in Jacksonville, Florida., in December 1963.  Wallace, 20-years-old, stated "This Means Everything!" and that it was an "emotional win for him". He said he "had confidence coming into the race and he capitalized on it".


Kudos to him for his win and having the "Drive" to accomplish his goals! (pun intended.) It's honorable that Wallace chose to follow his passion despite whatever odds were against him. How many of us sometimes allow negative thoughts or circumstances to make us reconsider our dreams? When you have a calling on your life, refuse for negativity to shut you down. Worry can sometimes make us depressed and stagnant, whatever can shut us up, can shut us down. It's up to us to go for our authentic voice and be empowered to take action. Being driven by our passion gets our heart racing, and adrenaline pumping for the better... It makes us alive. Darrell Wallace Jr. is paving the race way as a great inspiration to us all.

Check it out in the video below:

Posted by trey anthony at 8:43 AM No comments:

Should Jay-Z Cut Ties With Barneys Amidst Racial Profiling Headlines? 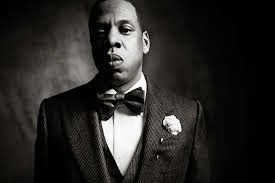 Should Jay-Z cut his ties with major fashion retailer Barneys is the question that has been asked around the internet since two stories broke of Barneys racially profiling two black customers who tried to purchase high end items. The first case was of a 19-year-old, Trayon Christian who was arrested after purchasing a Ferragamo belt with a credit card. Store clerks called police on him and he was arrested as NYPD accused the young man of using a fraudulent credit card to make the purchase. His identity and credit card was identified and he was later released but the sting of the racial profiling remains. The second incident happened with Kayla Phillips who attempted to purchase a Celine bag and was told that there were tons of undercover cops roaming the store to make sure that no theft or scamming occurred.

This situation is not new because people of color have been wrongly accused and profiled for years from high end stores to lower end convenience stores (hey, even Oprah has been profiled many times before!). What has become a new issue and discussion though is that we have many black public figures who now are partnering and have lucrative deals with these major brands and institutions that are known to racially profile. So the question is, is it on these black public figures to make a statement by cutting ties with these companies. Should Jay-Z cut ties with Barneys?  The thing is that after contracts are signed and promotion is done, it is difficult to make that kind of move right now. Cutting ties would mean millions lost and hours in court with lawyers.

The interesting part of this story is that if Jay-Z was just Shawn Carter from Brooklyn, wouldn’t he fit the “suspicious” look that Barneys has been keeping an eye out for?

What are your thoughts on this scenario – would you cut ties with Barneys if you were in his situation?
Posted by trey anthony at 9:01 AM 1 comment: 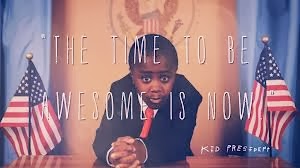 I just love this kid! I don't know who thought of this or how he got to be so funny and brilliant but I really enjoy watching the confidence and enthusiasm from Kid President.

In his latest video, Kid President encourages people to get involved with Socktober (a charity that collects items and contributions for homeless people). His pep talk speaks about recognizing that even if we all feel small in this big world, we can still do our little part to make the world a better place and contribute to the things we care about. No one is too small to make a difference. I love this message because it's true.

Check it out in the video below:


Posted by trey anthony at 8:49 AM No comments:

I saw this post on my timeline of a fellow Canadian who is doing her thing and especially at such a young age. Priya Ramunjam is the co-founder of  Urbanology Magazine, an urban magazine created to highlight the Canadian voice in hip hop culture. She also does a lot of community work with youth in her Malvern, Scarborough community.

This TEDx talk is a great one to watch because it is another example of how tapping into exactly what is authentic to you and using it to create a unique voice not only opens up the path to success but also encourages others to share their voices as well. When you are able to hone in on what special voice you have to share, that's where true opportunity awaits.

What do you have to say to the world?

Happy Monday!
Posted by trey anthony at 9:07 AM No comments: 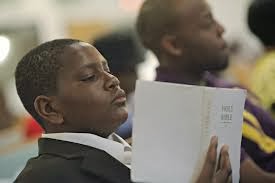 I'm blown away by this young boy, Davion Only's courage. Inspired by the saying "God only helps those who help themselves", Only decided that in the face of growing up in a foster home for all of his young life that he would help himself. I'm sure he is tired of the system that is set up to help children like him yet has failed to find him a permanent home.In helping himself, Only decided that he would go to a church in St. Petersberg, Florida to see if anyone was willing to adopt him. This breaks my heart for all of the young men and women who so desperately want a home to call their own. This is exactly why my heart is set on adopting a family because there are too many children out here who just want to be loved and have no one.Two couples inquired at the church that Only went to, but he has yet to find a permanent home. With his level of courage and determination, I'm sure he will find someone soon. He is definitely an inspiration to us all.

Posted by trey anthony at 8:42 AM No comments:


I just saw this video from Super Soul Sunday, where Oprah discusses with author Steven Pressfield the reason why she had such difficulty writing her Harvard Commencement speech. She has spoken and done speeches many times before but this one she couldn't bring herself to write. Pressfield explains that this is an example of resistance, "the more important an activity is to your soul's evolution, the more resistance you will feel to it. The more fear you will feel."

Which is why Oprah was having difficulty, because speaking at Harvard clearly meant something to Oprah. She admitted that it's the name "Harvard" and all that it represents and means.

How many of us want something so deeply, but have not made any moves to make it happen in our lives. We say we want to lose weight but continue to stop at the drive-through every lunch break, or we say we want to write  a book but have yet to allow our pen to hit paper.

Pressfield says that the way to overcome resistance is to really realize that the pain of not doing what you really want to do is way worse than the pain of just doing it. So his advice is simple, just do it.

Happy Monday!
Posted by trey anthony at 9:03 AM No comments:

Off the heels of that funny Jimmy Fallon and Justin Timberlake hashtag skit that made the internet rounds a week ago, Issa Rae created her own twist with the "Black Twitter Party". I thought this was a hilarious and very true representation of what goes on with black twitter: there's the conscious one, #teamlightskin, the athlete, the followback hound and so many more of the typical characters that you see in your twitter feed.

Check it out above.

Have a great weekend!


Posted by trey anthony at 8:51 AM No comments:

A Mother's Gift of Worthiness to Her Child 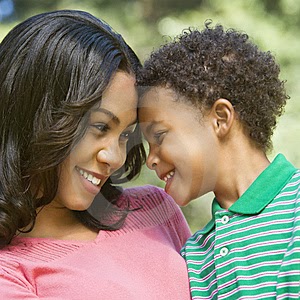 I just read about a mother's story who is a great example of exactly the way things should be handled when your child faces any kind of racism, bullying or discrimination. The mother took her son jojo to a Jamaican barbershop in Queens to get his hair cut. The barber proceeded to cut the boys hair almost bald (even though she instructed him not to) because as he had said, "you've got a real ni***r here. He is a native boy....This ain't pretty hair. This cut is the best cut for him". The mother, in shock, couldn't think of a response to the barber but her hurt and anger remained.

Instead of channeling her anger and frustration into something negative, she instead decided to write a children's book called, Sunne's Gift, catering to black children and hair. I grew up reading black children's books and I try to buy those for any cousin's, friend's children, etc. just because it so important for children to see characters that look like them in great stories. There is so much racism, negative images and also internalized racism from other black folks. I like that this mother was proactive about not letting her child internalize the barber's negative comments and is also looking out for other kids at the same time.

What are your thoughts on books catering to black children?

Posted by trey anthony at 9:00 AM No comments: