Why Are You So Angry?

The original Aunt Viv (Janet Hubert) from The Fresh Prince has been in the news lately bashing ex co-star, Will Smith. Apparently, she blames Will for her dismissal from the show many years ago.

The scoop: Over the holidays, Will Smith posted a picture on Facebook of the Fresh Prince cast having a reunion dinner to 'start the holidays right,' according to Will, which started a swirl of rumors that there was going to be an official Fresh Prince Reunion. 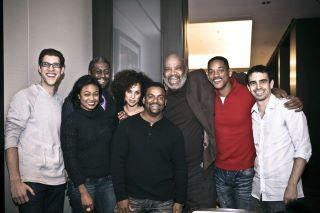 That's when TMZ got a hold of Janet Hubert and asked her why she was missing from the picture and about the potential reunion, and she replied: “There will never be a reunion … as I will never do anything with an a**hole like Will Smith. He is still an egomaniac and has not grown up. This constant reunion thing will never ever happen in my lifetime unless there is an apology, which he doesn’t know the word.” 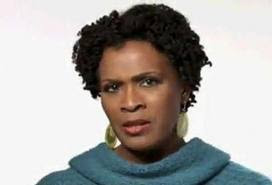 How can someone hold that much anger for that many years?! Whether it's true or not, something tells me she should have let that go a L-O-N-G time ago! Deep rooted anger is very unhealthy. It effects more than just your mind once it's internalized. It manifests in your body in the form of high blood pressure, migraines or even heart attacks. Not to mention how it effects your relationships with your partner, kids, boss, or even pets.

Is Aunt Viv just a typical Angry Black Woman? Maybe, she's being accused of being an ABW because she has an opinion? Should she have let it go years ago? Is she harming herself by hanging to to such animosity? (she certainly isn't hurt Will...I'm tempted to say he's doing just fine!)

As we prepare to head into a New Year, let's all make a resolution to let things go! Life is too short to keep hate inside our hearts! And if you need help, contact us at Girl Doing BETTER. We're committed to helping you put your best foot forward and present the best you possible!

Pariah, for those who don't know, is a movie that follows a 17-year-old African-American lesbian, as she struggles with how to live with who she knows she is.

Pariah generated a lot of buzz at this year's Sundance Film Festival and opens in select US theaters today.

This film perfectly timed as more and more young gay people are committing suicide each day because they do not feel accepted in today's society. Hopefully this movie will continue to raise awareness and start dialogues among families and save some lives.

To my US fans and friends, check your local listings and check it out if you can. 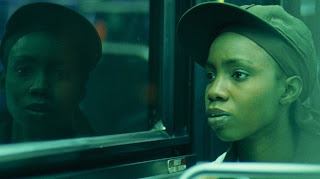 Posted by trey anthony at 2:20 PM No comments:

Getting Ready for the New Year

2012 is quickly approaching and it's time that we start creating new goals and desires for the new year. Every year we resolve to hit the gym, or to give up (insert item here), do better and be better. But somewhere around mid January the hype wears off and we're left with a laundry list of seemingly unattainable goals that we set with high hopes. How do you ensure success?

Have you ever thought about having a life coach help you?

A life coach isn't someone the stars use to help them 'keep it real.'

Really what I'm here to do is to help you put your life into perspective! That's all. I'm that voice of reason, that friend that will tell you the truth and inspiration and motivation we all need to push our goals to the next level. Sometimes we all need that outside voice to help us see the light and help propel us to the next level.

So what are you waiting for? the stroke of midnight? Your dreams to start to fade?

girl doing BETTER is life coaching made easy. From the comfort of your own home we will teach you to identify your roadblocks and help you move forward as the best YOU possible!

Girl, the time is now to do better! Lets work on this together! Two heads are better than one! Be proactive about your dreams! Sign up today! 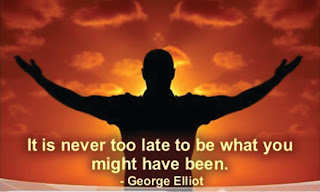 Posted by trey anthony at 1:58 PM No comments:

Last night Melanie Amaro became the first contestant to win X-Factor USA and $5 million. I can't help but be happy for the island girl whose lifelong dream came true.

Does she have more growing to do? Of course! For starters she's only 19 and besides we all have room to grow. (In fact the only time you should stop growing is when you're dead!) But she worked hard and surmounted many obstacles along this journey. In fact, she heard the word 'no' almost every step of the way but persevered and came out victorious.

It just goes to show that you should never give up on your dreams; even when it seems like the only door of hope just closed right in front your face. 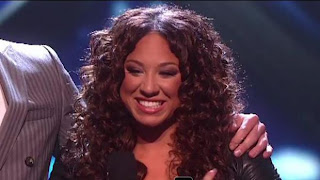 Posted by trey anthony at 7:20 AM No comments:

A Dutch fashion magazine, Jackie, recently called Rihanna a "n***abitch" with a "ghetto ass" in an article describing her sense of style. Excerpt from the article below:

"She has street cred, she has a ghetto ass and she has a golden throat. Rihanna, the good girl gone bad, is the ultimate n***abitch and she displays that gladly--for her that means what's on can come off. If that means she'll be on stage half naked, then so be it. But Dutch winters aren't like Jamaican ones, so pick a clothing style in which your daughter can resist minus ten [temperatures]. No to the big sunglasses and the pornheels, and yes to the tiger print, pink 'shizzle,' and everything that glitters. Now let's hope she won't beat anybody up at daycare."

At first, the editor-in-chief, Eva Hoeke, took to Twitter and stated that the original intention for the choice of words was to be a 'joke' and apologized for potentially offending anyone. However, after realizing the error she tweeted: ‘1. Don’t publish bad jokes in the magazine 2. Don’t pretend bad jokes to be funny. Sorry guys. My bad.’

The backlash continued. Hoeke was harassed and threatened and by the end of the day she found it necessary to quit her job at Jackie after 8 long years.

This incident got me thinking about the state of North American popular culture. Step out of North America for a moment and take a look at what other countries see when they look at our culture. There are flashes of bitches and n***as littered all throughout our pop culture and we don't think twice about the effect it has on the rest of the world.

Is this a classic case of being lost in translation? Was the magazine being malicious? Should the Dutch have know better? Done their research? or were they reflecting what they see pouring out of North American media? Interested in hearing your thoughts. Let's start a discussion.


Woke up feeling WONDERFUL today! Hope you did too. Just a reminder from Jill Scott that's its a new day with new possibilities. Be blessed! 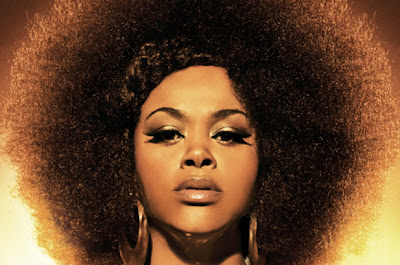 It's Time For A Natural Barbie

This week, I read about a Natural Hair Group in Columbus, Georgia that transformed 40 African-American Barbie dolls into natural hair beauties. Apparently, there is a tutorial online that teaches you how to transform Barbie's slick, straight hair into a beautiful curly mane. What a great gift for any girl to receive -- a doll that is a reflection of the natural beauty of their hair. 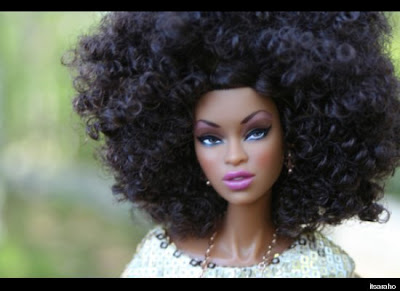 The article states that "although Barbie has been around since 1959 and comes in 50 different nationalities it's rare to find a black doll with textured hair." It's been a long time coming and I commend this group for taking the time to create these dolls. 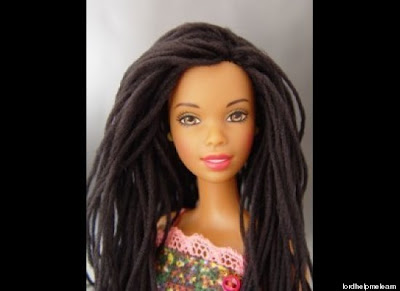 Maybe with enough persuasion, we can get Mattel on board and we can start to see these dolls in stores all over the world!

Here's the link to send them an email:
http://service.mattel.com/us/ContactUs.aspx


It's so important that our little girls have role models of all types! Let's be the change!