When I was pregnant with our first set of twins my mother told me that she would pay for me to have a tummy tuck after the babes were born.  Please note she didn’t even qualify this offer with statements like “If you want….” or even the less kind “If you need…”, she just went for the jugular (or tummy, in this case) and assumed that I would both need and want a tummy tuck!  I was offended and shocked and seriously considered calling the feminist police!  This story, by the way, has nothing to do with anything, I just really wanted to share it with you folks because well, an actual person (who I love beyond words), offered to pay for my future tummy tuck.  This kind of thing warrants documentation!   Full stop.

A few interesting things have been brought to my attention recently:

2.  One of my nearest and dearest friends told me that she finds my commitment to the infinity scarf unsettling and annoying.  Something about it being a way that otherwise disheveled parents make themselves look put together.  She declared this truth as though it’s a bad thing.  I thank God every day for infinity scarves and that there is a surefire way to take leggings (yes they are so pants) and runners up a notch!

3.  My unfocussed rambling, out loud and in writing, is charming and adorable.  Nobody said this or probably even thought this but it’s so true, right?

Okay so before you close your computer and stop reading this nonsense, I’m going to bring this all together.

Last Saturday I had my first by-definition panic attack.  I actually had my first panic attack after our first baby Isaiah died.  I don’t really count that time because temporarily falling completely apart and shattering like glass is, in my view, not an exceptional response to the loss of a child.  I’m not a doctor, nor do I play one on TV, so I could be wrong in saying that what I had after Isaiah died was not a panic attack but I am going with it, therefore making last Saturday’s panic attack my first.

If you have never had a panic attack, just don’t.  There are a bazillion other, less scary, things to do when you are alone in your house.  I felt like I couldn’t breath.  I couldn’t catch my breath.  My heart was racing; head was spinning.  I thought it would never end.  My mom, who I called on the phone, but could not actually speak to, listened to whole thing.  It was all she could do.  Unbeknownst to me she was getting ready to leave her house while on the phone in case she needed to come over.  I thought I would have to go to the hospital.  But after about 20 minutes the panic attack was done.  I was catching my breath and sipping water.  I was relieved to discover that panic attacks do end and don’t cause actual heart attacks.

I would love to say that my panic attack was caused by some sort of cognitive distortion - that my mind was focusing on something that isn’t real or awful or that I was letting a fear take over.  The truth is, I was trying to solve some very real problems – how to ensure that there is always someone available to be one on one with Miss O, how to approach Z’s teachers about the fact that he is seriously behind in math, how to support Wife in her efforts to spend quality one on one time with G-Dog whose anxiety goes through the roof when she is being separated from her siblings, how on earth to stop Mr. Lee from calling me a Butthead and about a million other things.   With the pressure of family time (nuclear and extended) over Thanksgiving it was all too much.

Not that long after losing control of my body and thoughts during a panic attack, I was back to mothering as Wife and the kiddos came busting into the house after riding scooters.  We played and got on with the business of being a busy, chaotic pack.  Naturally, I dawned my infinity scarf.  I looked like I had it all together.  I didn’t, but nobody could tell.
On Tuesday I had an appointment with my psychiatrist (This may be what my brother was referring to when he said that I over-share!).  Feeling that feelings of intense anxiety – not full-blown attacks but serious anxiety, were becoming a consistent part of my days, I decided I wanted to ask for a prescription for Ativan.  This seemed like a reasonable thing to help me get through those moments when I couldn’t just breathe through the anxiety.  Unfortunately, the challenges of asking for psychiatric drugs is not lost on me, so I was worried about how “the ask” would go.  I posted this on Facebook:

Because my friends are awesome, I received some hilarious suggestions.

This is what I chose to wear:

I considered the look featured below, but with the scarf, I just thought I looked too together, and that she would think I was possibly asking for the drugs to sell not for personal use! 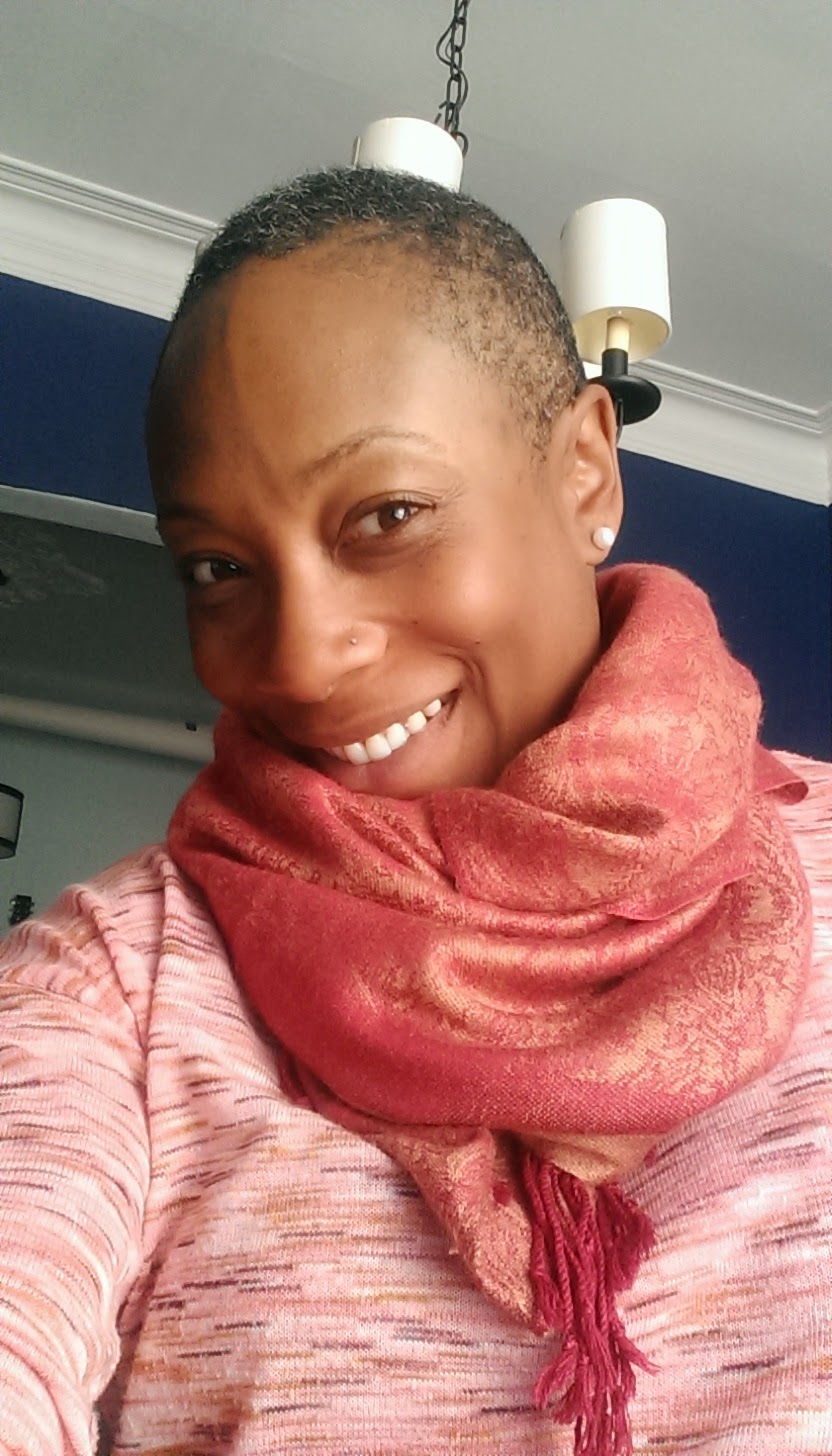 I guess I passed the imaginary test.  I got me some Ativan.  I have not filled the script.  The yoga breathing, that I have never and likely will never use while doing yoga, seems to be working.  I am aware more aware than ever, how much time I spend on looking like I have it all together.  I needed my Facebook family to help me decide what to wear to the psychiatrist, after all.   The makeup and sparkly jewelry, the scarf and the well-timed sarcastic remarks make my depression and anxiety really palatable to those around me including the people who are in positions of power with the ability to directly impact how I manage my mental health.  I “pass”.  I have access.  I have education and knowledge and money.  I have confidence.  With this power and access, I am able, with far greater ease than most, to care for my babies and myself.  When not in the middle of a panic attack or one of the many frustrating and hard parenting moments I face every day, I remember this privilege.

My take away from this post?  (I’m pretty sure I write just to find the answers to my own burning questions.)

1.  Buy more infinity scarves and know that sometimes I wear them because well, fashion, but sometimes they may also double as a mask.  I am not the only parent using this (or another) mask to look like I've got it all together.  The parents that we see at the park, in the grocery store, at work, who look like they’re doing just fine, may not have it together at all.  They may be employing the "fake it ‘til you make it" strategy just like me.

2.  Be aware of the privileges that I hold that make it never easy, but probably easier to deal with my mental health issues.

3.  I am doing fine without a tummy tuck.  Thank you very much!

4.  It is totally reasonable to cut my hair every two weeks, even if I have hardly any hair to begin with, because it makes me look like I have it all together and it makes me feel hot!

Gotta go.  My barber is calling me to the chair.  Not even making this up.


Anger is an emotion that most people experience during their lives but many of us are able to control our anger before it develops into rage.
Anger Management classes are available for those of us who are unable to contain our anger and attending them can greatly enhance our relationships with family, friends and colleagues whilst improving our health by relieving the stress associated with what is becoming a major problem in modern times.
[www.aacsatlanta.com] see more atatlanta anger management

Never ever stop being you, the day you stop, you die a death worst then a death of life